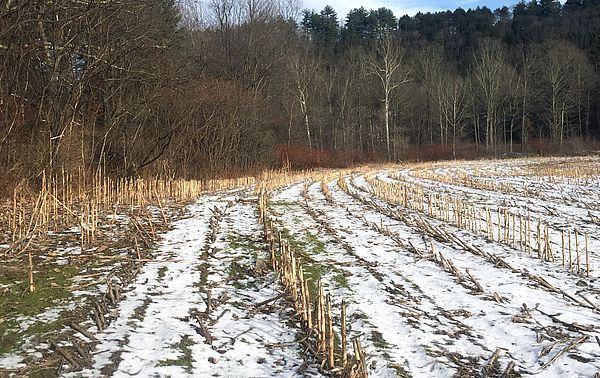 After agreeing with his father to never sell the family property to a real estate developer, Chip Wood recently conserved 28 acres of farmland in Walpole — land Chip himself farmed between stints as a helicopter pilot. Today the land is leased to Putnam Farm, a large dairy operation in Charlestown, New Hampshire. Crops grown on Chip’s land help to feed the Putnams’ dairy herd.

Keeping It in the Family

Chip’s grandfather purchased the land in the early 1900s from the Boston and Maine railroad, then Chip’s father took over ownership of the land, followed by Chip in 1976. In the future, Chip hopes to follow this pattern with his sons. “Conserving ensures that my two sons can farm too. They’ll take it over and manage it,” Chip said. Chip’s father asked him to never sell to a developer and to keep this land in their family, and that’s exactly what Chip has done. “I’m 65 now, [my sons] can take it over any time. They’re slowly getting more involved; they’re recognizing the value of it,” Chip said. “To my family, it’s a very good feeling to know it’s going to remain farmland.”

Staying True to the Land

Despite what some of his family members may have hoped, Chip did not want the land to become anything other than what it is: farmland. “This way, I know it will always be agricultural land,” Chip said. “It’s not necessarily all about how much money you can get, it’s more or less what it was intended for and what my dad wanted. I carry on that tradition.”